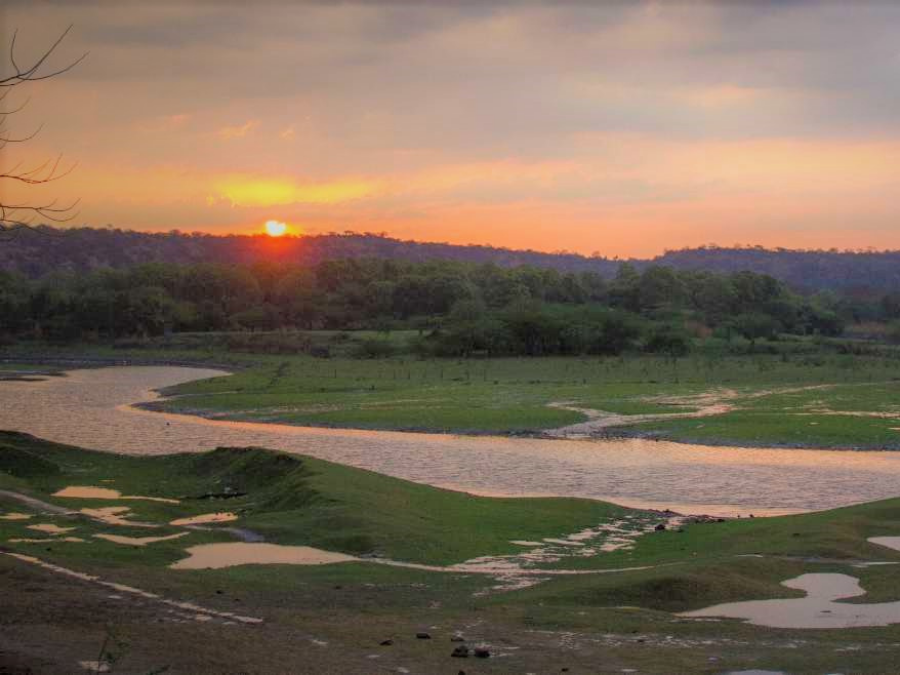 Sohna is a municipal committee in the Gurgaon district in the Indian state of Haryana, which is a popular tourist weekend getaway. It is located on the Gurgaon to Alwar Highway, is part of the Sohna Tehsil Ahirwal area. The interesting thing about this city is that its name is derived from the word "Sona" (gold), which refers to the gold dust that blows from the city.


Sohna is surrounded by ancient Aravalli hills. It is a popular weekend getaway destination for families, couples, and corporations because of the Sulfur Water spring, Shiva Temple, and Damdama Lake. Also, Sohan is turning out to be a favorite weekend getaway of people due to its presence in the list of attractions near Haryana and Delhi. In which there are many other attractions including a hot water spring named Shiv Kund, Damdama Lake, ruins of Kamboj, and Gora Barak Mosque.


Vintage Car Rally is organized in Sohna every year in the season of February, Sohna is also very popular for Vintage Kar Rally. Car collectors from all over India flock here to showcase their collection of vintage beauties including Aston Martins, Hyundai, Rolls Royce, and Audi. The Vintage Rally also gives tax owners trophies during the exhibition. Every year hundreds of tourists come here on this occasion. One can make Camp Wild Dhauj as a base and visit Sohna which is just 20kms away

Places to Visit in Sohna, Gurgaon

Sohna Lake is famous for its sulfur spring and medicinal properties. It is scientifically disinfected and has the ability to cure skin diseases. This lake is situated near a big rock, which is like a mini swimming pool. The water temperature in the lake generally ranges from 46°C to 51.7°C. According to ancient legends, people believe that the Sohna lake was dug by Arjuna during the Mahabharata period when he was thirsty. He was one of the five Pandavas. On the banks of the lake, during the solar and lunar eclipses, crowds of devotees gather, who come to bathe in the lake to be purified.

The Shiva temple of Sohna is very famous, this temple was built by the Raja of Gwalior. According to the local people, this temple is said to be about 100 years old. There is an ancient pool "Baba Sakhmajati Maharaj" situated near the temple. Every year in the month of November it becomes a place for bathing in the Ganges. A fair is also organized here during the Teej festival in July and August.

As mentioned in the above article, Sohna's Vintage Car Rally is very popular, this Kar Rally in Sohna has been organized in the month of February every year since 1974. The rally begins on the Delhi to Alwar highway, passes through the anus, and ends at Sohna. Tax enthusiasts rally drivers from all over the world to take part here, many of the Austins, Fords, and Rolls Royces gather here.

How to Reach Sohna

Public transport services are easily available from Delhi and Gurgaon to Sohna. You can also hire a private taxi or cab for the ride. If you are coming from the airport for Sohna, then the nearest airport here is "Indira Gandhi International Airport" located at a distance of 43 km from Sohna, you can take a public bus service after coming to the airport. How to reach Sohna by Metro - To get to Sohna by Metro, you have to travel by Metro to City Center Metro Station on the Yellow Line. The distance of Sohna from City Center Metro Station is approximately 28 km.