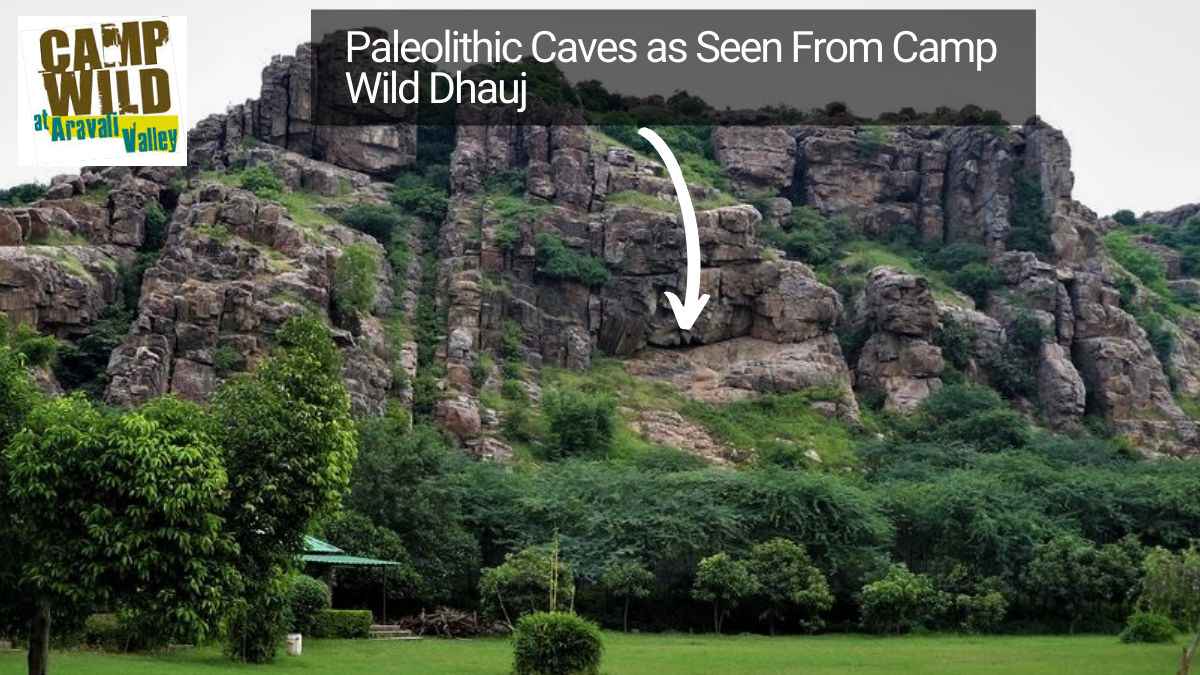 Palaeolithic caves, paintings and prehistoric stone tools have been recently found in the NCR of Delhi in 2021 and it is a huge discovery. The Aravalli range in the Faridabad district of Haryana is one of the largest Palaeolithic sites in the Indian subcontinent. The Aravalli range has not been adequately explored as yet and there is a lot to uncover the history from this area. For history lovers, this is a great treasure found and one can stay at Camp Wild and explore these Palaeolithic caves, paintings and prehistoric stone tools. The Paleolithic period was roughly 2.5 million years ago (10,000 B.C.), where early humans lived in caves and were hunters and gatherers. For food they used to hunt birds and wild animals, using tools made from basic stone and bones such as stone axes. There are many such Palaeolithic caves near Mangar and Selakhari villages and the recent ones have been found just above Camp Wild Dhauj 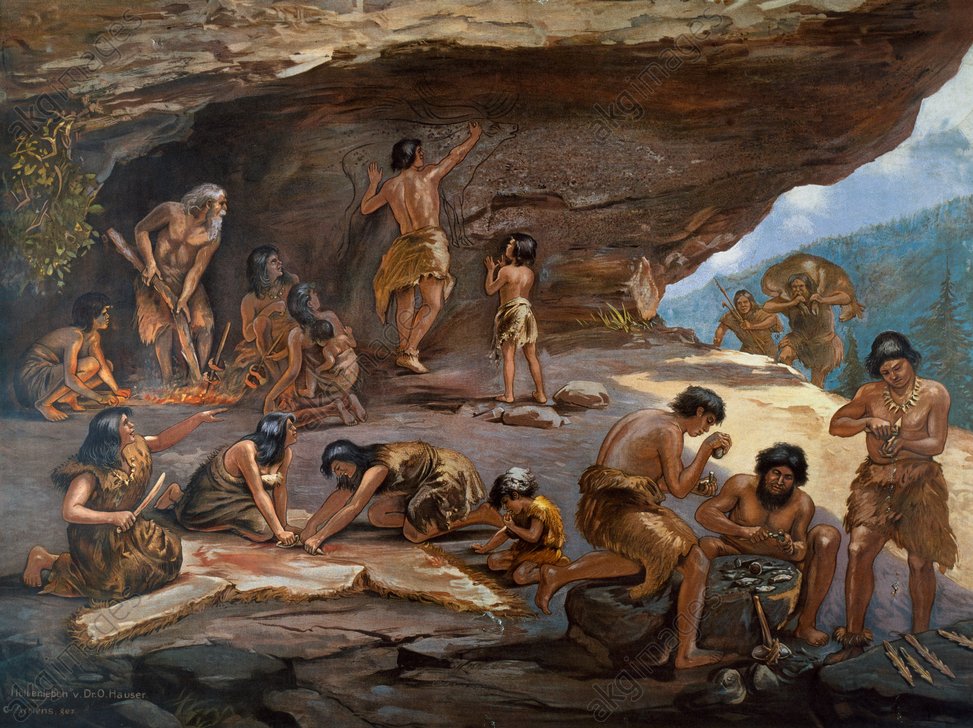 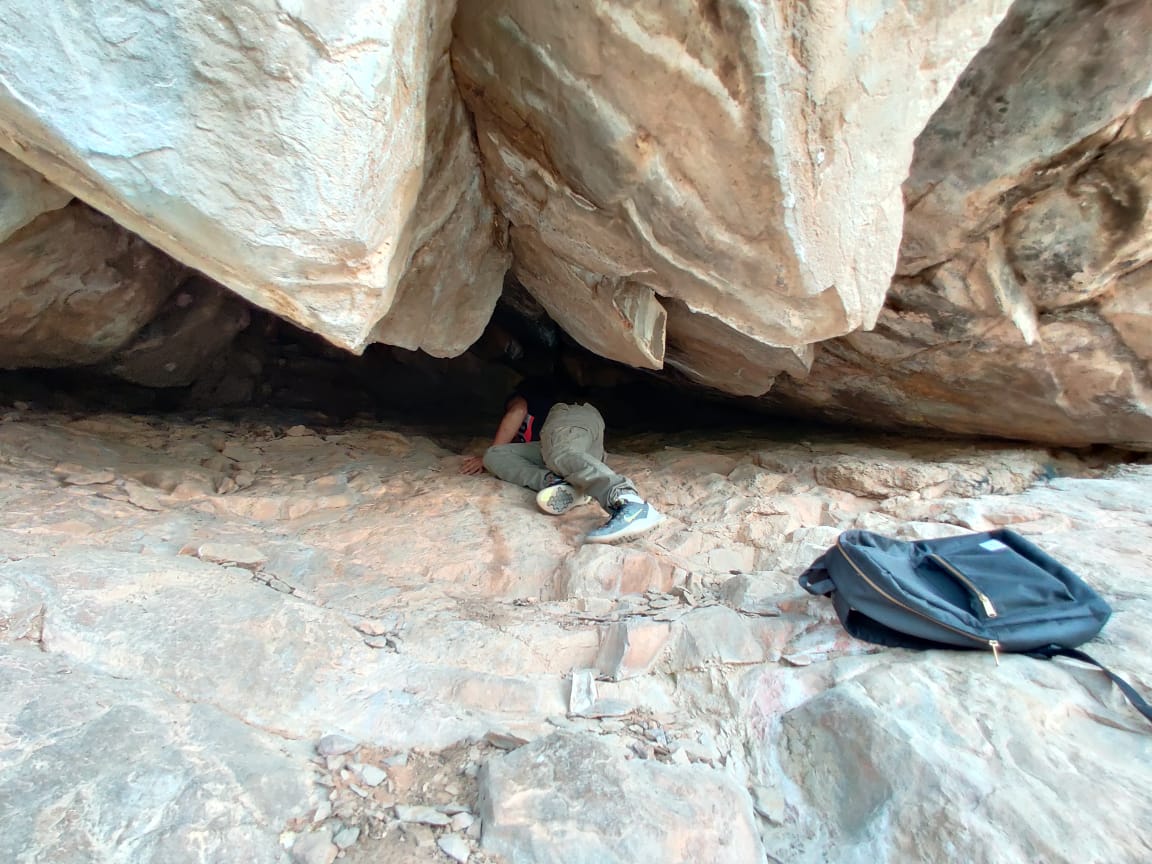 Site A - Mangar & Selakhari Villages - It is a primary settlement area consisting of rock shelters. It is the most important site of this Region as no absolute prime site has been reported in this section. There are several rock shelters possibly inhabited by early men. Tools discovered around this region are core and flake tools—the number of tools made on flakes is higher. This rock shelter found above Camp Wild Dhauj near Selakhari village was one of the biggest among all the shelters. A bone was found from this shelter in semi-permineralized condition, and there are various tools debitage outside this shelter. It could have been possible they were making tools at this very place as unfinished tools scattered outside this rock shelter confirms this. On the basis of tool typology, it is a Middle to Upper paleolithic site. 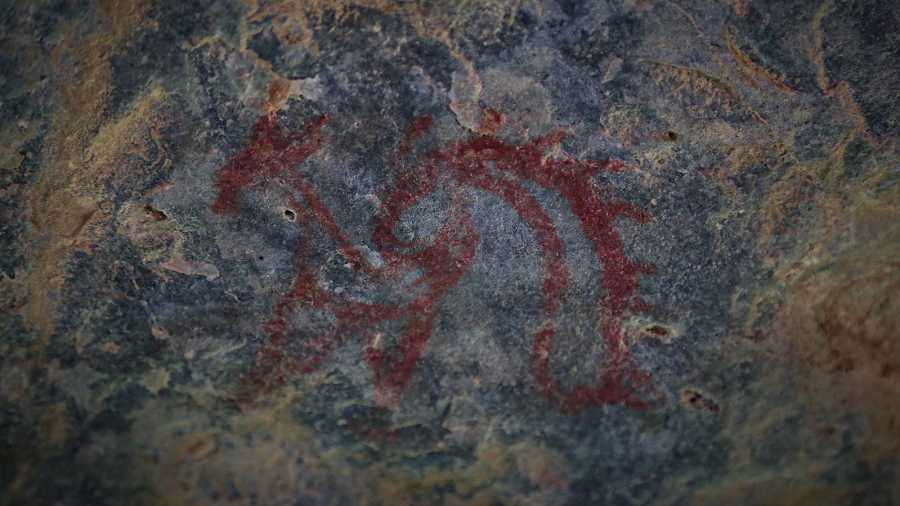 Site B - Kot Village Kot village - is an open-air site. Tools used throughout the Lower Paleolithic period and developing cultures, located on top of the Hill and the valley below, are technologically primitive, to tools found at site A. On the basis of tool typology, it is one of the oldest Paleolithic Localities in this range. The tools found in the valley are comparatively corroded because of continuous erosion from the seasonal river water. Kot village site is just 8 km from Camp Wild and it takes around 20 minutes to reach there. 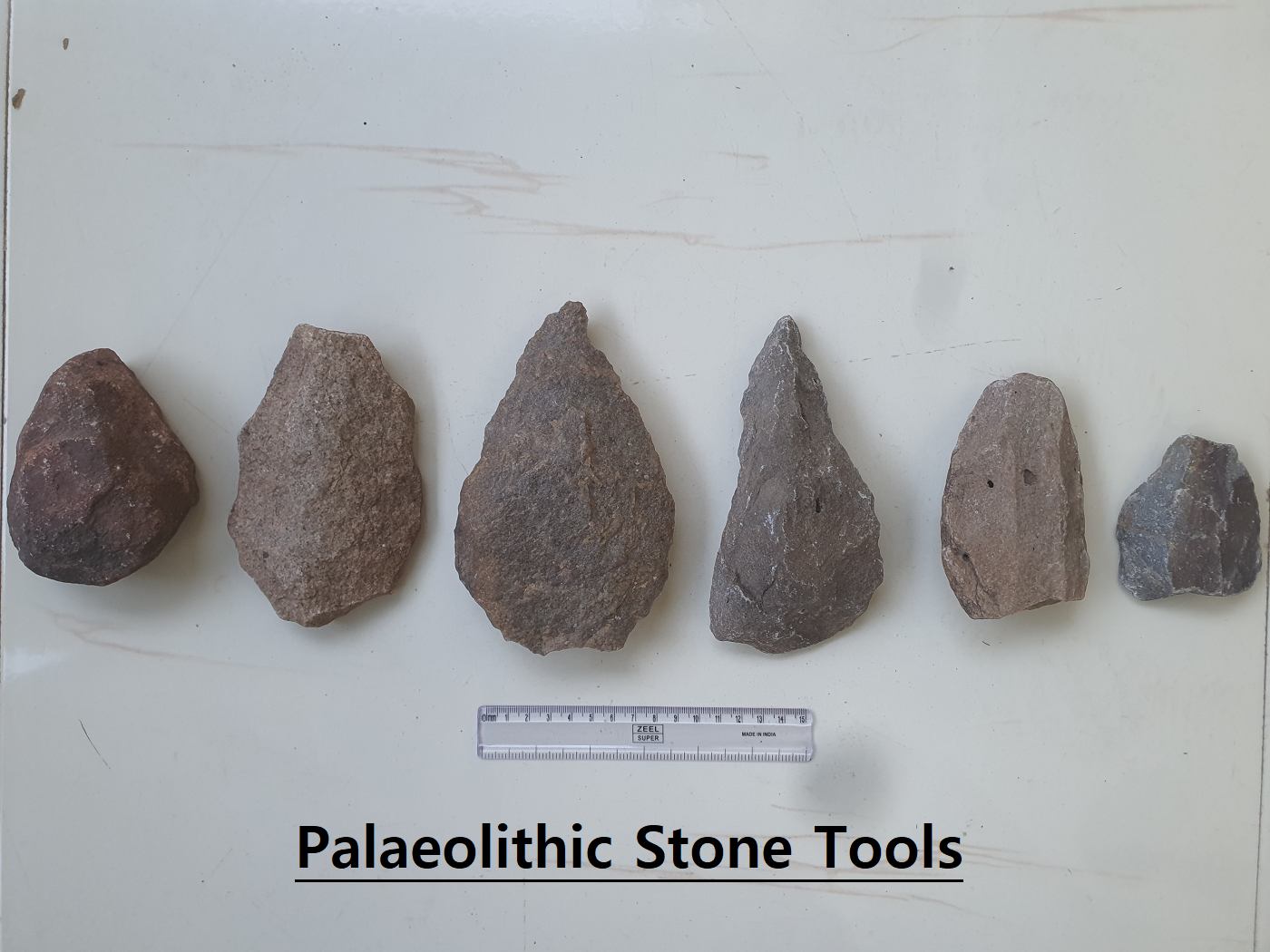 There are a large number of petroglyphs discovered from this site consisting of Graffiti marks, Hundreds of Cupules and uncommon hand and footprints of human, animal, Bird and Fish engraved into horizontal Quartzite slabs facing towards the sky. Just Like the tools discovered from this site, these petroglyphs are also in heavily corroded condition because of the physical weathering of rock due to various natural elements with time.


Site B has the competence of having more sites around it, Chances of discovering even bigger sites of developing cultures near it are very high, and each water drainage channel of this foothill needs to be explored thoroughly. Some Microliths have also been collected from this site. 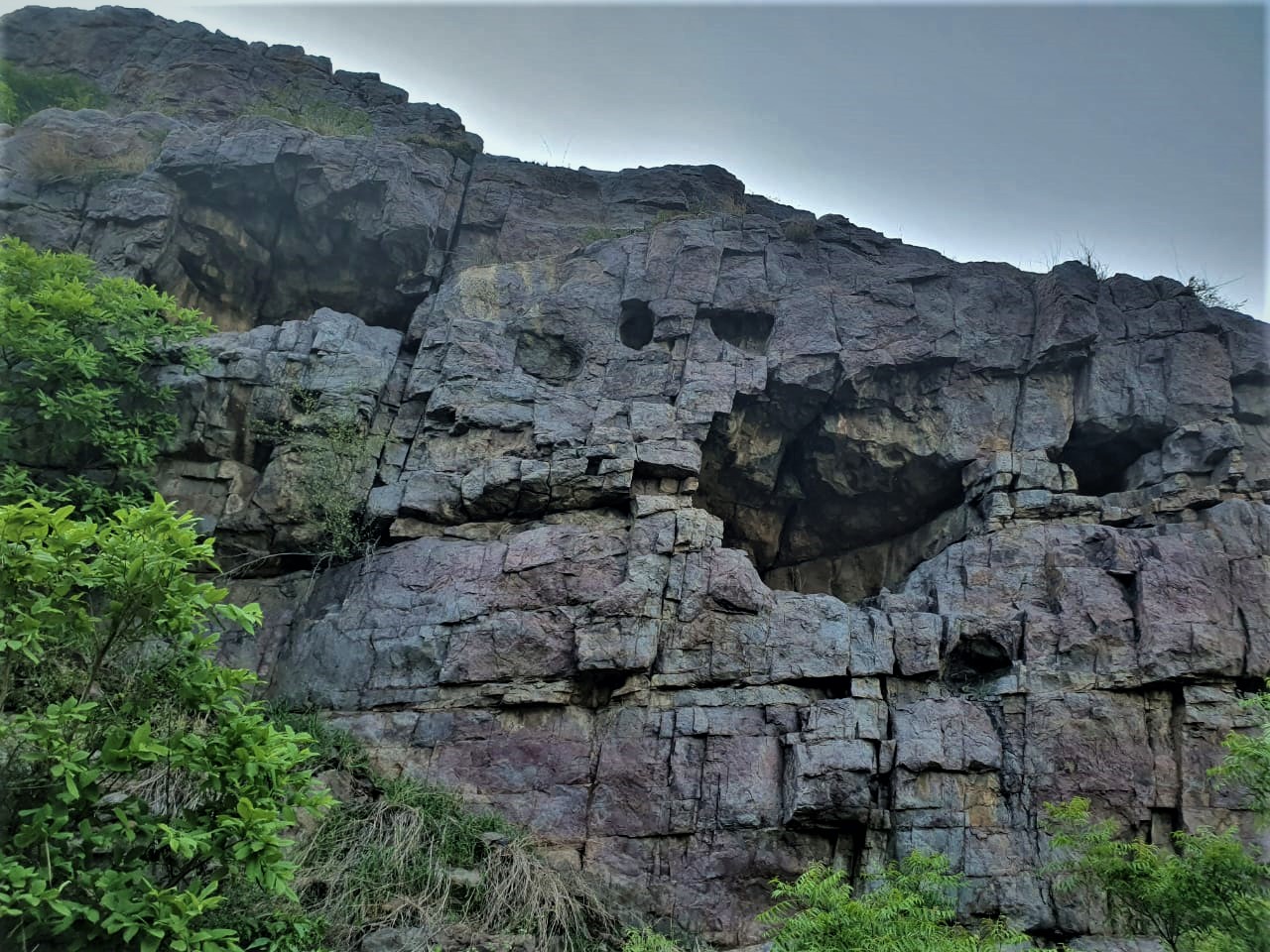